My New-Found Love of Nature

"In every walk with nature, one receives far more than he seeks." John Muir 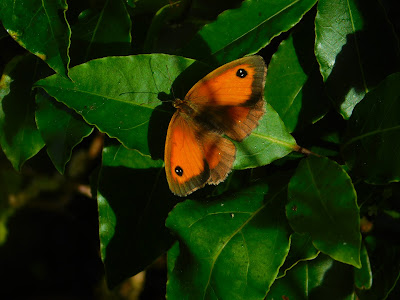 As long as I can remember, I have been interested in the natural world. I always loved wandering about in the woods, hills, meadows, marshes. In my youth. years in the Scouts, vacations in northern Wisconsin, walks through the Forest Preserves of Chicago, all nurtured that feeling.

When I went off to university, I decided to pursue a major in biology. My aim was vague: working in wildlife or forest management. Ultimately, it didn't matter. I ended up majoring in history. Eventually, I got a PhD and ended up a history professor.

Over the years, new environments fascinated me: Appalachia, the Southern Lowcountry, Maine, the American West, Canada's Boundary Waters, Alaskan glaciers. Travels in Europe and Turkey reinforced my interests. (Below: Grouse and Salmon on Spawning Trek, Alaska) 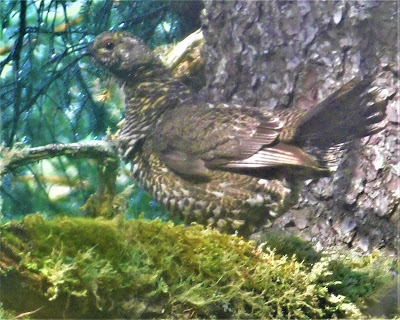 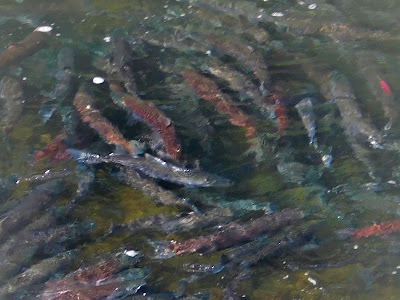 But perhaps nothing in my life has made me appreciate nature more than two recent events: The climate crisis and the coronavirus pandemic. These have awakened me as never before to the ways in which humans are endangering all living things on this planet. Both are related to human interactions with the natural environment.

The pollution of the air and water, the destruction of natural habitats, the consumption of exotic wildlife: all these and more contribute to the present crises and the rapid extinction of animal and plant species. We are losing things that can never be replaced and reducing the biodiversity that is part of healthy ecosystems.  (Sea otters, near Seward. Alaska) 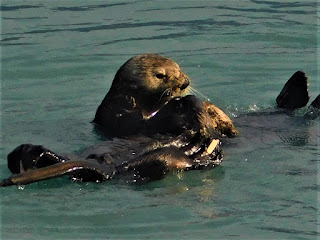 The coronavirus pandemic and the economic downturn it has in some ways distracted attention from these environmental crises. People say we have to focus on the immediate health and economic dangers.

But Covid-19 has also heightened awareness of the inter-relationship of our health and that of the earth. Most obviously, because the virus may have begun to infect people in the vicinity of a wet market in Wuhan, China, where live wild animals are sold for human consumption.

This scenario is by no means established, but the pandemic has highlighted the potential dangers of wet markets to health and biodiversity. Some animals sold in such markets, such as the pangolin, are endangered, although it is illegal to trade in them. Another, bats, are considered the most likely original source of the virus. The 2002 SARS outbreak originated in horseshoe bats and spread to civets. In that case wet markets were also implicated.

The pandemic has also focused attention on habitat destruction as a source of disease. As animal habitats shrink with deforestation and the draining of wetlands, they move into areas with dense human populations. And as human populations grow, they too move, encroaching on animal habitats. (Image: Urban fox, Carshalton, London) 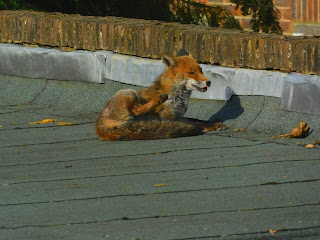 One effect of these movements is that humans come into increasing contact with animals who could infect them with dangerous microbes. The reverse is also true. Humans could transmit deadly diseases to the animals.

The pandemic has also helped focus attention on the environmental crisis, by forcing many of us to self-isolate. For several weeks in the spring, I hardly went outside. Like many of us, I spent a lot of time watching TV. I watched a lot of nature programs, which often focused on the environmental and extinction crises. Thank you in particular to Sir David Attenborough and his crew.

When I began to venture outside, I headed into nature. I'm fortunate to live next to an ecology center and close to several parks and nature trails. I had enjoyed walking in these places before, but I now approached them with a new appreciation.

I walked more slowly, stopping and observing more. I remembered a saying of John Muir: "I don't like the word [hike] or the thing. People ought to saunter in the mountains - not hike!"'

I saw things I'd never seen before. I learned the names of birds, insects, trees, flowers, and shrubs I never knew before. I began to see beauty I had ignored or acknowledged only in passing before. Most importantly, I realized what losing all this would mean, not only aesthetically, but for our very survival. (Image: Hedge Spider, Wandle Trail; Wildflower, Banstead Woods, Chipstead, Surrey) 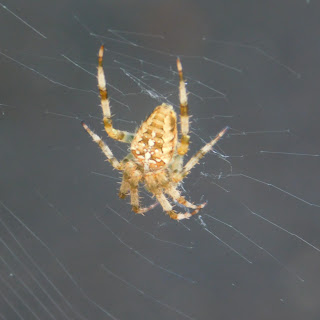 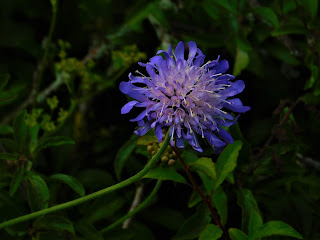 When will we go back to normal? people ask. For our sake as well as that of nature, we must never go back to "normal." That is the road to perdition. (Fawn, Richmond Park, Southwest London) 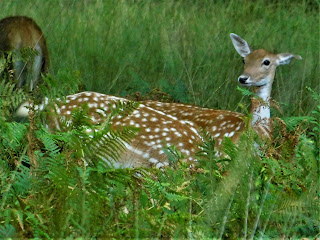 Posted by peter mccandless at 19:07