History as She is Learned: Some of my Students' Greatest Hits

"Visits to Bedlam Lunatic Hospital by prominent socialites and political figures (such as the Prince of Whales) increased the popularity of these visits throughout the general public."
(Image: George, Prince of Wales, by James Gillray) 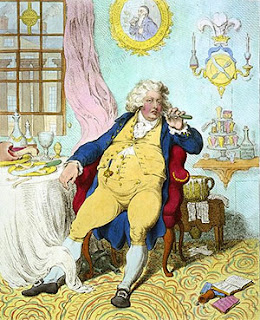 "The Haitian Revolutionaries defeated the French due to gorilla warfare." 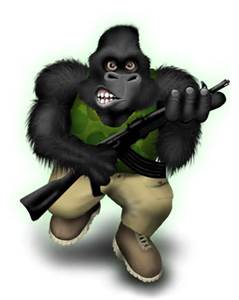 “Thomas Wolsey was born a pheasant and grew up to be a cardinal.” "The Flagellants flatulated themselves for religion, believing the plaque was the work of God." 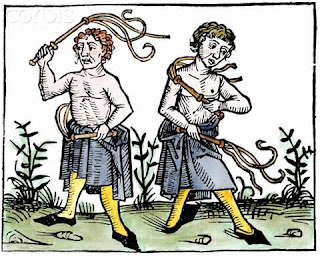 "Voltaire argued that forcing people to believe in a particular religion produced hippocrates." 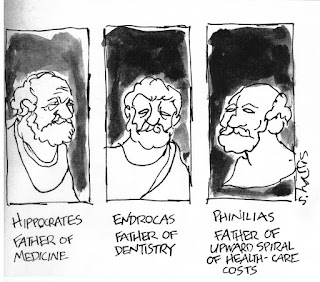 "The Battle of the Nile provided the impotence for Great Britain to exercise a greater hold on their colonies". 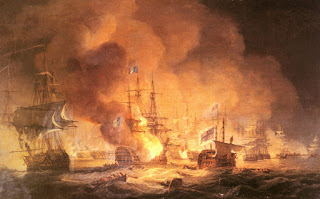 "If not for his role in finding Livingstone, Henry Stanley would not have sat on Parliament." 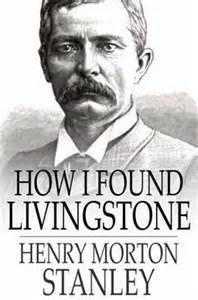 See if you can find Stanley in this picture. 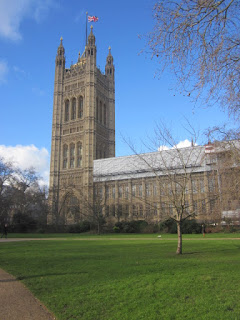 THE END (is near).
Posted by peter mccandless at 13:08 No comments:

Art of the First World War: The Nash Brothers

The brothers John and Paul Nash were two of the major British artist-soldiers of World War I, renowned for their surrealistic yet realistic portrayals of the battlefields of the Western front. Here are some of their works: 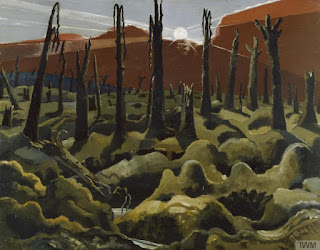 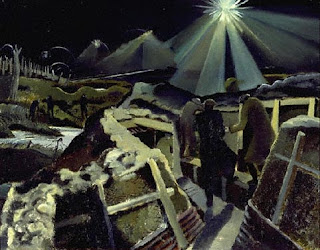 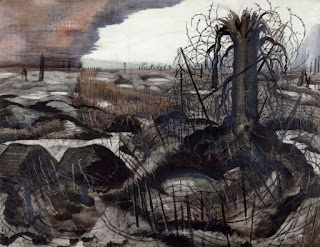 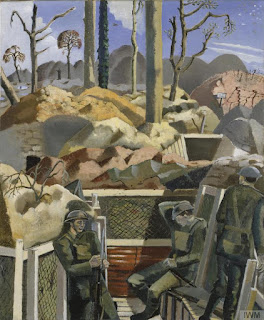 John Nash, "Over the Top, 1917" This painting commemorates an attack by the Artists' Rifles, in which most of the men, writers, painters, musicians, were killed or wounded. 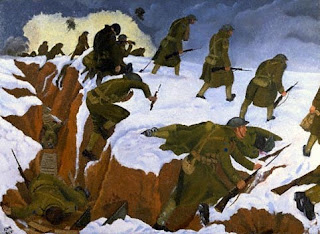 John Nash, "Oppy Wood," 1917, showing the destruction of the landscape by artillery barrages. 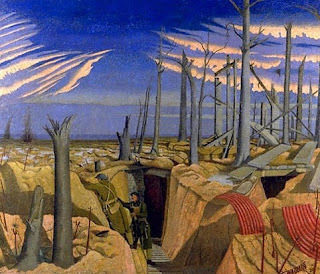 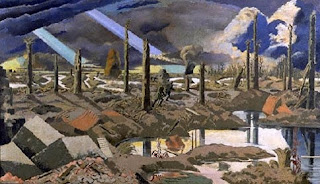 Photo of the Menin Road. 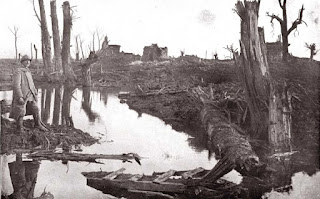 Posted by peter mccandless at 19:24 No comments: