Sweet William, Stinking Billy, and the Battle of Culloden

William Augustus, Duke of Cumberland, is unique in history in that he had two flowers named after him. One is called "Sweet William," the other, "Stinking Billy." The names reflect a sharp division of opinion about his actions in suppressing the last and most dangerous Jacobite Rebellion in 1746. [Image: Cumberland, by Joshua Reynolds, 1750s] 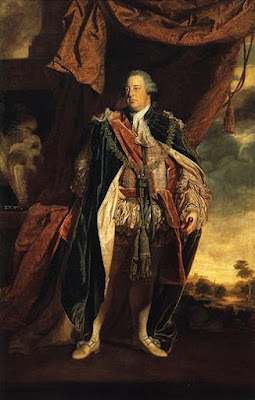 The Rebellion began the previous year when his cousin Charles Edward Stuart landed on the West Coast of Scotland with a small band of supporters. He had come from France to claim the British throne for his father, James, also known as the Old Pretender, or James "III".

Charles' grandfather, James II, had been deposed by the Glorious Revolution of 1688. Afterwards, the Catholic Stuarts had been banned from the royal succession and supplanted by their Protestant relatives, the German Hanoverians. In 1745, the second of this line, George II, occupied the throne. [Image: Charles Edward Stuart, by Ramsay, 1745) 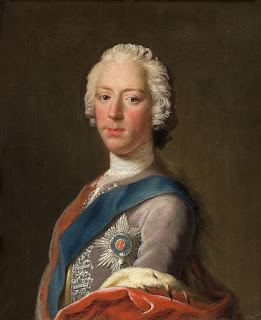 It was a bold move. Britain and France were at war, but the French government had given him little support beyond good luck. Charles landed at and raised the Stuart standard at Glenfinnan, at the head of Loch Shiel.

The iconic Glenfinnan viaduct nearby carries the trains of the West Highland Railway, including a steam excursion train called the Jacobite Express. Fans of Harry Potter will be familiar with the scene. 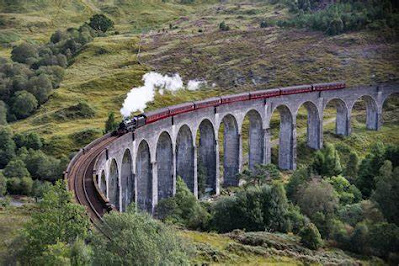 Charles sent out a call to the Highland Clans to join him in restoring his family to power. Thousands of Highlanders, many of them Catholic, but not all, rallied to his cause. After all, the Stuarts were a Scots dynasty. Charles's makeshift army quickly seized Edinburgh and defeated the Hanoverian army of King George II.

The Jacobites marched on into England meeting little resistance. They reached Derby, less than 150 miles from London. Panic gripped the capital.

Derby turned out to be the high tide of the Jacobite advance. Although the Hanoverians were unpopular, few Englishmen (or Lowland Scots) had joined Charles' army. He wavered, then ordered a retreat to Scotland.

George II sent an army in pursuit. He selected his younger brother William to command it. In April 1746 the Hanoverian army caught up with the Jacobites at Culloden Moor, near Inverness. The ranks of William's army contained many Scots, mostly Lowlanders. For Scots, this was a civil war.

The mostly Highland army Charles led had been thinned by desertion and losses. His men were hungry, exhausted, and greatly outnumbered. Their artillery was useless. Nevertheless, he ordered an attack. What followed was more of a massacre than a battle, with waves of Highlanders cut to pieces by artillery, musket fire, and bayonets.

Basking in victory, William made a move that brought him infamy, and not only in Scotland. Asked by his officers what they should do with the remnants of the enemy army, he wrote on the back of a playing card, "No Quarter."

The victorious English and Lowland soldiers butchered hundreds of surrendering and fleeing clansmen. Others were hunted down over the following weeks and months and killed, often along with family members. More were captured and taken to Edinburgh or London, many to be executed for treason.

When news of the victory reached London, a flower was named for him. It is called "Sweet William" (Dianthus). 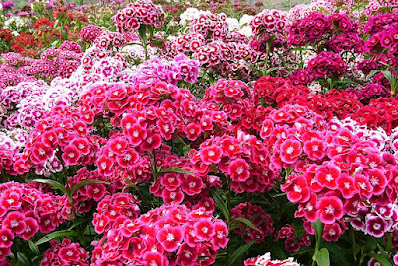 Political opponents of the government in England had a different reaction. Learning of the widespread massacres, they began to call William "Butcher Cumberland."

Scottish Jacobites also named a flower after Duke William. They relabeled the common ragwort "Stinking Billy." Generally regarded as a weed, it has a strong smell and is poisonous to horses. 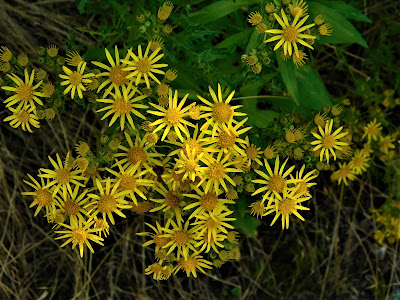 Culloden was the only success of William's otherwise undistinguished military career. From the late 1750s, he devoted himself to horse racing and politics. In 1765 he became Prime Minister, but died a few months later, aged 44.

Charles Edward Stuart fled after the battle and spent months in hiding before returning to France. After his father died in 1766, he became known as the "Young Pretender." He died in Rome in 1788 having engaged in numerous affairs and succumbing to alcohol. He had no legitimate children, and his wife left him, claiming that he had abused her.

Romantics dubbed Charles "Bonnie Prince Charlie."  He is the subject of several songs, including the "Skye Boat Song" and "The Bonnie Moorhen." Inexplicably, some Scots continue to revere him, although he led the country into disaster and then abandoned it to a life of wining and dining on the Continent.

Culloden was the last battle to be fought on British soil.

Posted by peter mccandless at 23:20