The Elephant in the Environmental Room: Global Population

Nearly every day we hear news about the coming climate disaster, which is about much more than climate change. It is about environmental destruction, air, soil, and water pollution, food and water shortages, species extinctions, unprecedented floods, fires, storms, and more. They are all related. 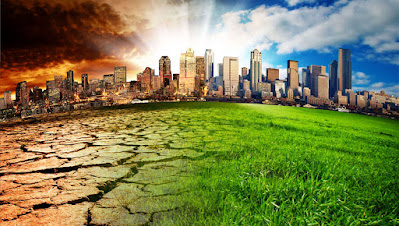 We hear about these things, but do our seemingly overworked minds really comprehend it all? Media coverage of the looming catastrophe is too limited to have the required impact. Besides, most people have more important things to attend to, like the lives of celebrities and the everyday struggle to survive  -- or making a fortune exploiting the environment.

Even if the reporting on climate change was increased considerably, discussion of the problem largely ignores one of its main causes: the pressure of human population.  This is my "elephant in the room." Too many people ignore its relevance to many global problems. For many reasons, some of them good, it is a highly controversial subject. A media dependent upon advertising revenue tiptoes around it at best, ignores it at worst. The rest of us do so at our peril. 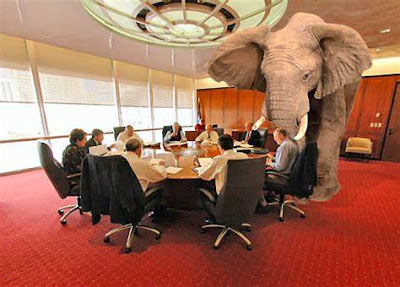 For many millennia, the human population of this globe we inhabit could have been counted in the thousands or millions -- if  anyone had the tools to count them, which they didn't until quite recently.

Around 1750, the world entered a period of sustained population rise. By 1800 it approached a billion for the first time. Few people noticed. In fact, many people believed the human population was declining.

One who disagreed was Thomas Malthus, an Anglican parson who published  An Essay on Population in 1796. Malthus warned of the tendency of population to outstrip resources, leading to famine, disease, and war. Malthus called these disasters "natural checks" to population growth.

These natural -- and horrible -- checks, he wrote, bring populations back into line for a time. But human beings are forgetful. They soon procreate themselves into a renewed cycle of suffering. Would it not be better, Malthus wrote, to avoid this vicious circle by limiting our numbers by "artificial" checks?

Malthus received abundant criticism. Some observers proclaimed him a Cassandra, a prophet of doom. Others denounced his suggested method of reducing population. He called it "self-restraint." By this he meant, in effect, sexual abstinence. Many critics viewed that as laughable, given the power of human sexual drives.

Some methods of contraception existed, but these were associated with prostitution, libertinism, and sin. As a clergyman, Malthus could not or would not suggest those. In fact, he denounced them as "vice."

Malthus did gain a following. But many of those who accepted his diagnosis of the problem rejected his solution as impractical. These "Neo-Malthusians" argued that the only practical way to limit population was by spreading knowledge of, and improving, methods of contraception.

Disseminating such knowledge was illegal in most countries, however, and sometimes led to fines and/or imprisonment. In any case, the efforts of the Neo-Malthusians did little to curb the growth of the human population.

By 1900, it had reached around close to 2 billion. During the next century, despite two devastating world wars and the worst pandemic in modern history, it soared to over 6 billion. It is currently (2021), close to 8 billion. Projections vary, but experts estimate that it could reach twice that number by 2100.

Some experts claim that the earth can support far more people than it currently does. That may be true, but at what level of existence for the masses? And with what consequences for the rest of the natural world?

Even in prosperous, "peaceful" countries untold millions struggle merely to survive. In the less prosperous nations, a couple billion are living in conditions no better than those of the preindustrial world. Often worse, because these unlucky people are packed into festering, fetid slums with inadequate supplies of clean water and sanitation.

A common and humane answer to this is the need to raise their standard of living through education, women's rights, social security, improved housing, health care and the like. No friend of mankind can oppose such improvements. But a few billion new consumers will put additional pressure on an already distressed natural environment.

Perhaps Malthus's "natural checks" will eventually reduce population to environmentally sustainable levels. But "eventually" may be too late for the health of the planet.

Besides, why let those horrors loose upon ourselves when we have the means to curb population in our hands? Humans must learn to limit their numbers themselves. Please note that I am not advocating eugenics or any of its more horrific solutions.

Be assured: the affluent will always find a way to maintain a high standard of life -- at least until there is no longer a way to be found. I suppose they will go off to Mars at that point. I wish them the joy of it. We can do better here on earth, if we will it.

Posted by peter mccandless at 12:49