The Previous Lives of Pubs: The Knights Templar, Chancery Lane

Fancy a pint down at your local bank? These days you might be able to satisfy that fancy. Quite a few bank branches, closed due to the upsurge in online banking or other reasons, have found a new life as pubs.


A prime example is the Knights Templar. Located just off Fleet Street on Chancery Lane, London, it occupies a former branch of the Union Bank (now NatWest). Its original function is emblazoned on a relief above the entrance at the corner of Chancery Lane and Carey Street. 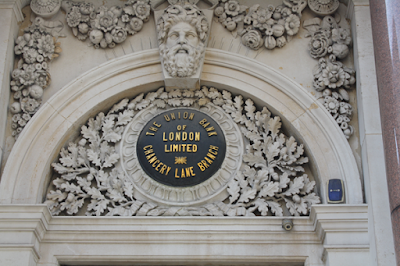 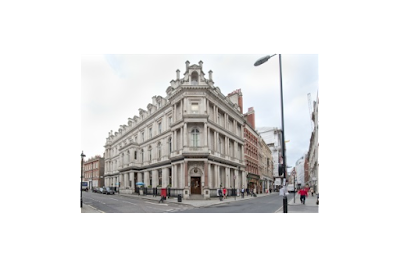 The pub derives its name from a crusading order of warrior knights with a local connection. The Templars established their English headquarters in the nearby Temple precincts during the 12th century. Fans of the Da Vinci Code may recall that a scene in the novel and film takes place in the Temple Church. The images of the Temple Church below date from c. 1862 and c. 1810. 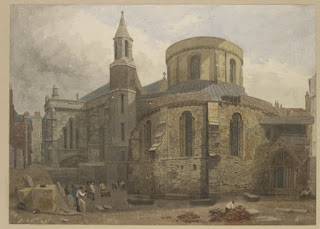 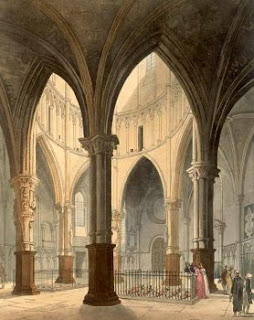 The Temple area later became the location of two of the Inns of Court, the Inner and Middle Temples. The other two, Lincoln's Inn and Gray's Inn, are also nearby. In order to become a barrister in England, one must be a member of one of the Inns.


The décor reflects the name and locale, with paintings, pictures, and engravings of Templars in and out of battle. Other pictures connect the pub to its proximity to the law courts and Inns of Court, including a large painting of Sir Edward Coke (1552-1634), considered to be the most influential jurist of the Elizabethan and Jacobean eras. 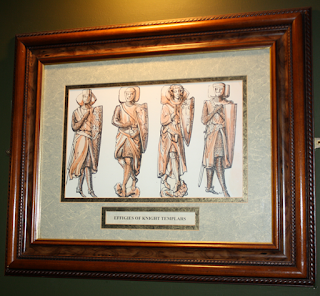 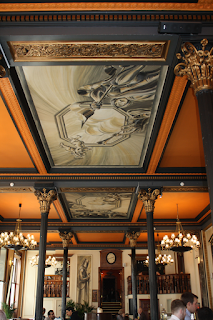 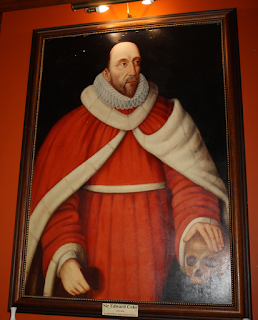 The bar and seating area. 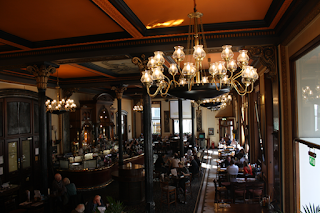 Be forewarned: The Knights Templar is closed on Sundays. Surely not because of rigid sabbatarian views, but because traffic is light in this part of London on Sunday.

Posted by peter mccandless at 17:57