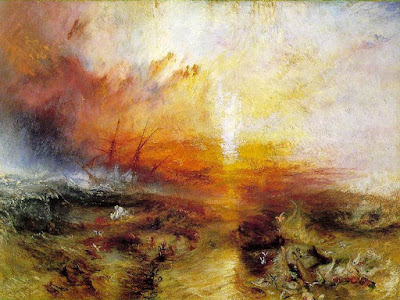 In 1840, British artist J.M.W. Turner produced the above painting to coincide with the International Conference on Abolition of Slavery, organized by the British and Foreign Anti-Slavery Society. The painting shows people drowning in the sea near a ship as a storm approaches.

Turner entitled it "Slavers Throwing Overboard the Dead and Dying, Typhoon Coming On." He was inspired in part by reading about the grisly story of the slave ship Zong, in Thomas Clarkson's History and Abolition of the Slave Trade. The story is variously known as the Zong Incident, the Zong Case, or, more recently, as the Zong Massacre.


During its voyage from Accra in modern day Ghana to Jamaica with its "cargo" of 442 African slaves, the grossly overloaded, poorly maintained Zong overshot its target by more than 300 miles due to a navigational error. It was running low on water. Some 62 Africans had already died from disease and many others were ill.

The crew threw at least 132 Africans into the sea, allegedly to save the rest. A key point in their decision was that the slaves were insured against "loss at sea" but not against death by "natural causes." Humanity did not enter into the equation.

The Zong made it to Jamaica, where the surviving slaves were sold.
The ship's owners applied for the insurance money for the "lost" slaves. The underwriters denied the claim and the case went to court. A jury ruled against the underwriters and ordered them to pay. Two months later, the underwriters appealed the case to the Court of King's Bench.

No record of the first trial has survived, but at the second trial, Lord Chief Justice Mansfield summed up the verdict of the first. The jury, he said, believed the crew's action was justified.  "They had no doubt (though it shocks one very much) that the case of slaves was the same as if horses had been thrown overboard." At the second trial, the counsel for the owners went further and claimed that it was just like throwing a load of wood into the sea.
(Image: Lord Mansfield) 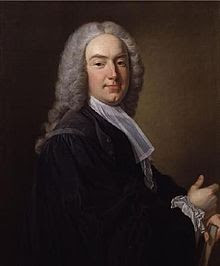 The underwriters argued, with good evidence, that the entire voyage had been badly mismanaged. They also argued that the crew should be prosecuted for murder. Granville Sharp, an active campaigner against the slave trade, probably suggested the latter strategy. A former slave, Olaudah Equiano, had brought Sharp's attention to the Zong Case. (Images: Sharp and Equiano) 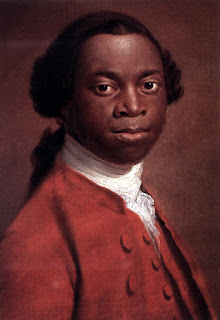 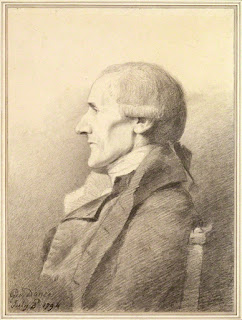 Mansfield ruled in favor of the underwriters' contention that poor management was responsible for the loss of the slaves. The Zong's investors received nothing. No murder charges were brought against the crew.

Nevertheless, the horrors revealed by the Zong Case helped galvanize opponents of the slave trade. Led by men like Sharp, Equiano, William Wilberforce, and Thomas Clarkson, they mounted a mass movement to end it. Parliament finally abolished the trade in 1807. Abolition of slavery itself in the British Empire followed in 1833.

Turner's iconic painting is now in the collection of the Museum of Fine Arts, Boston, MA.

Further Reading: James Walvin, The Zong: A Masssacre, the Law, and the End of Slavery. New Haven and London: Yale University Press, 2011.

Posted by peter mccandless at 17:16