Nations and Nationalism: Myth and Reality 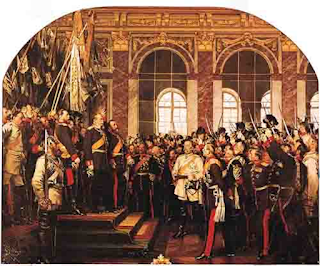 “Getting its history wrong is part of being a nation.” Ernest Renan, What is a Nation? (1882)

Nationalism as a political phenomenon is real, powerful, and often destructive. But historical myths lie at its core. To nationalists, historical facts are peripheral, to be used, distorted, or ignored as required. For them, nationalism is a religion of sorts, built largely on faith.

Nationalism claims to express spontaneous and primordial feelings of national community. In fact, it is a modern ideology that requires persistent propaganda to maintain itself.

The roots of nationalism lie in the concept of a nation. Dictionaries define a nation as “a people who share common customs, origins, history, and often language.” (American Heritage Dictionary)

British historian Eric Hobsbawm mocked this standard view: “A nation is a group of people with a misapprehension about their common origins and a common antipathy towards their neighbours.” (Nationalism, 1990)

Nationalism as a conscious ideology began to emerge in the 18th century. One of the early theorists, Johann Gottfried Herder, defined a nation culturally: “a group defined by a homogeneous national culture” by which he meant, language, customs, traditions. (Reflections on the Philosophy of the History of Mankind, 1784-91) 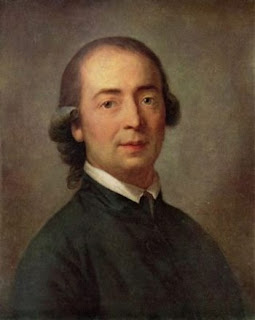 Popularized, Herder’s ideas were especially important – and explosive -- in Central and Eastern Europe, where divided "nations" and multi-ethnic states held sway. Dozens of “nationalities” were mixed together in the Hapsburg, Russian, and Ottoman Empires. When they began to gain a consciousness of their "national identity" in the 19th century, they began to dream of creating their own “nation-states.” 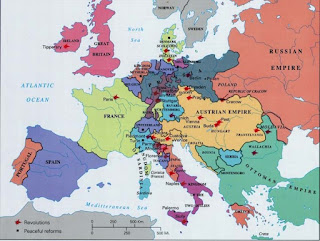 Many early nationalists viewed such a development as part of God’s design, which kings and aristocrats had defiled. This is how Italian nationalist Giuseppe Mazzini explained it:

“God divided Humanity into distinct groups upon the face of our globe, and this planted the seeds of nations. Bad governments have disfigured the design of God, which you may see clearly marked out, as far as, at least as regards Europe, by the course of the great rivers, by the lines of the lofty mountains, and by other geographical conditions; they have disfigured it by conquest, by greed, by jealousy of the just sovereignty of others…. But the divine design will infallibly be fulfilled.” (The Duties of Man, 1860) 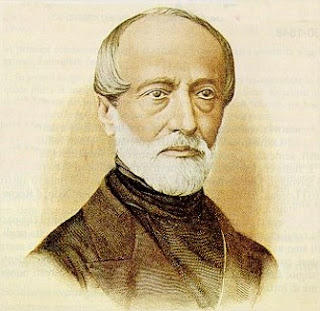 For Mazzini and most nationalists, nations (and hence nation-states) are a natural development. Modern students of nationalism tend to take a different view: that nations are “created”, not by God, but by men, for political reasons. As Benedict Anderson put it in 1983, “A nation is an imagined political community.” (Imagined Communities)

In the same year, Ernest Gellner gave this definition of nation: “Nations as a natural, God-given way of classifying men, as an inherent … political destiny, are a myth: nationalism, which sometimes takes pre-existing cultures and turns them into nations, sometimes invents them, and often obliterates pre-existing cultures: that is a reality.” (Nations and Nationalism, 1983)

In his 1992 history of nations and nationalism, Hobsbawm came up with a useful if working definition of a nation: “any sufficiently large body of people whose members regard themselves as a ‘nation’ will be treated as such.” (Nations and Nationalism since 1780: Myth and Reality)

In other words, ‘nations’ (and nation-states) are a matter of perception; they are essentially constructed. An Italian nationalist put it bluntly in 1860, when the new United Kingdom of Italy was proclaimed: “We have made Italy, now we have to make Italians.” (Speech to the first meeting of the parliament of Italy, 1860)

The same process was going on in the German states, most of which united together in to the German Empire in 1871 under the leadership of Prussia and its Iron Chancellor, Otto von Bismarck. For the conservative Bismarck, a united Germany was a political necessity, and the process had to be guided from above, through a policy of "blood and iron." (read: "war" -- three wars to be exact) 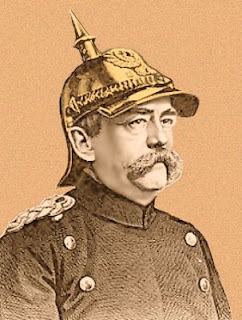 In much of Central and Eastern Europe creating nation-states would prove even  messier, as the ethnic maps below, from just before the First World War, show. The first is the Austro-Hungarian or Hapsburg Empire, the second the "Hungarian" portion of the same empire. 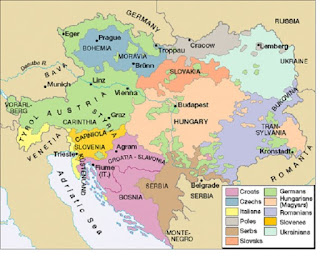 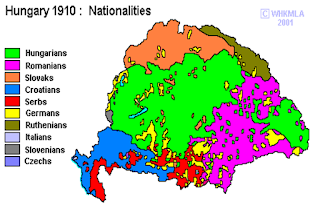 Sorting this melange out into viable nation-states would prove a herculean task, and one providing many an excuse for war, helping to make the 20th century the bloodiest in human history. Nationalism also spread beyond Europe. The story is not yet finished.

Posted by peter mccandless at 12:47