The Brexiteer's Guide to English Ancestry 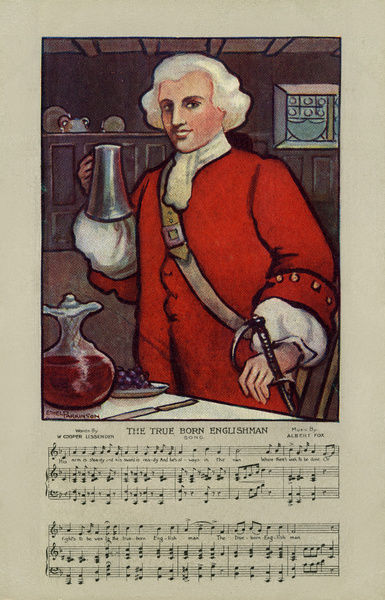 "A Brexit victory's a contradiction, In speech an irony, in fact a fiction." (Apologies and thanks to Daniel Defoe,1660-1731)

Brexit is real now, sort of. Devout Brexiteers proclaim, in near holy terms, that the UK has finally achieved "independence." By the "UK", however, they really mean England.
Scotland, Wales, and Northern Ireland must reconcile themselves to being dragged about by the whims of English nationalists. British companies are in the same boat. The immense costs of Brexit for those trading to Europe are becoming distressingly clear.
Narrow English nationalists are the big winners for now. It remains to be seen what they have actually won. In fact, Brexit is a triumph of extreme nationalism, aided by ignorance and lies, over economic rationality.

Much of the pro-Brexit vote in 2016 stemmed from xenophobia, a hatred of foreigners. In this case, "tyrannical" foreigners in Brussels. Of course, not all who voted for Brexit were motivated by by xenophobia. Yet the rhetoric of hard Brexiteers is often based on the assumption that people who are "Not English" are somehow "lesser breeds," not to be trusted and certainly not listened to.

England found itself in a similar situation more than 300 years ago. The thrones of Britain were occupied by a foreigner, the Dutch prince William of Orange. He and his wife Mary had become joint sovereigns in 1689 following the Glorious Revolution, in which he and the Dutch military had played the pivotal role. (Image: William III, of Orange) 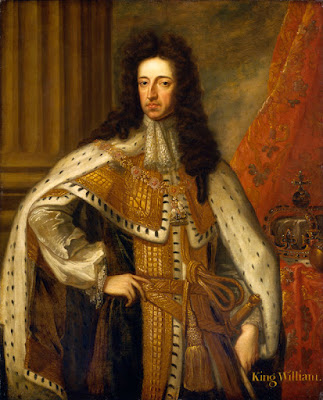 Despite being hailed as the savior of English Protestantism, William III (II in Scotland) was never much liked in England or in Scotland. In Northern Ireland, of course, he is still idolized by people who remain imprisoned in a time warp, the eponymous "Orangemen."

William became thoroughly unpopular in England after Mary died of smallpox in 1694. People not only disliked him but the Dutch soldiers, politicians, and merchants who followed him to London in particular. They were the target of numerous vitriolic pamphlets and poems.

In 1701, Daniel Defoe took up his sharp pen to defend the Dutch king and his countrymen. He did so in a long satirical poem that was highly successful in its time. "The True-Born Englishman" is not read much today. Perhaps it should be, at least some of it.

Defoe was a prolific writer, mostly of political pamphlets at this time. Later he made his name as the author of Robinson Crusoe (1719) and other novels. (Image: Defoe) 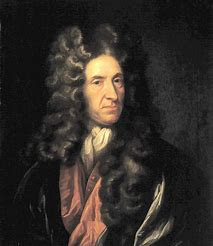 The target of Defoe's satire was not Englishness per se, but anti-Dutch xenophobia. To clear up any misunderstanding about that he added an explanatory preface two years later. In it he declared "that an Englishman, of all men, ought not to despise Foreigners as such ... since what they are today, we were yesterday, and tomorrow they will be like us."

The English were themselves foreigners, invaders who eventually assimilated into one nation. The Dutch newcomers would assimilate as well, given the chance, Defoe implied.

The English, far from being racially pure, were in reality a mongrel race. The "English" were a people forged from the union of Celtic Britons, Romans, Scots, Picts, "Anglo-Saxons," and Danes. Somewhat oddly, Defoe left out the Normans, here wearing the latest in 12th century fashion. 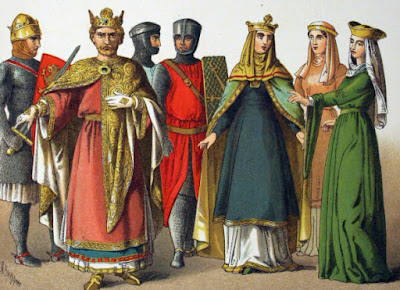 Defoe pulled no punches. The "union" he meant was sexual. Englishness originated "in eager rapes, and furious lust." The "rank daughters" of the land "Receiv'd all nations with promiscuous lust." The "nauseous brood" that resulted contained the "well extracted blood of Englishmen."

In reality, the "True-Born Englishman" did not exist: "A true-born Englishman's a contradiction, In speech an irony, in fact a fiction."

Defoe understood the biological and cultural reality of Englishness 300 years ago. Why do so many people today continue to champion a view so much at variance with history and biology? They should check the ancestry of their leader, True-Born Boris.

Posted by peter mccandless at 11:32