A Visit to Eastbourne, Beachy Head, and the South Downs

The East Sussex city of Eastbourne is a marvelous place to enjoy the seaside and the nearby South Downs and chalk cliffs. My wife and I spent a couple of days there recently. The weather was a bit cool, but the spectacular scenery made up for it. The partly cloudy skies produced an ever-changing, kaleidoscopic blue-green patchwork on the sea. 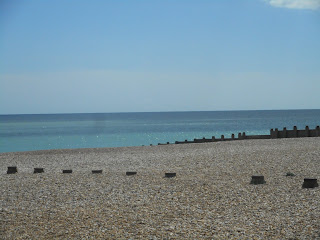 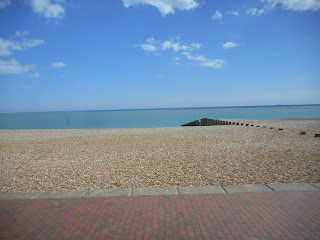 Eastbourne is an old settlement, going back to Anglo-Saxon times at least, but it was only a village until the 19th century. It began to expand after 1800 when Georges III and IV made sea-bathing popular for health and recreational reasons.  It boomed after the railway line arrived there in the 1840s, allowing tourists to get within easy walking distance of the beaches. The train is still a pleasant and swift way to get there, taking little more than an hour from London. Today, the population is expanding again, and is currently about 100,000.

The heyday of Eastbourne was the late 19th and early 20th century, and the town retains a distinct Victorian look. That includes Eastbourne Pier, an attractive place to promenade, which has been nicely restored after a devastating fire in July 2014. 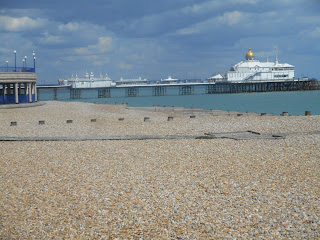 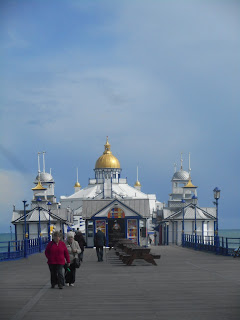 The Grand Hotel, built in 1875, is another Victorian gem. When opened it had about 200 rooms, but only five bathrooms. Chamber pots were of course provided, and staff emptied them daily. Some aspects of Victorian life were lacking in charm.  Today all the rooms have loos, but there are fewer rooms, only about 150. They had to put the bathrooms somewhere, I guess. Between 1924 and 1939 the BBC orchestra performed in the Grand Hotel Ballroom on Saturday nights. World War II and the Blitz ended that. Much of the population was evacuated because the town was an easy target for German bombers. Today, the Grand has returned to its old glory, and is a 5-star hotel. 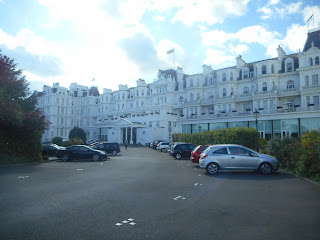 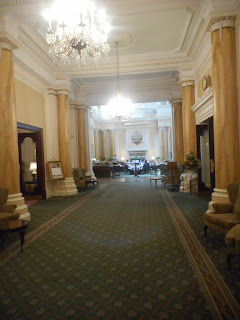 One of the best ways to enjoy the charms of the Eastbourne area is to walk along the “boardwalk” to the west, then up the hill to Beachy Head, the highest and last chalk cliff jutting from the South Downs. 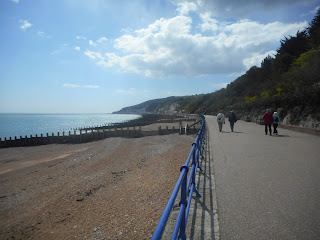 At its peak, Beachy Head is 561 feet above the sea. The views of the town, the sea, the cliffs, and the Downs from here are delightful. 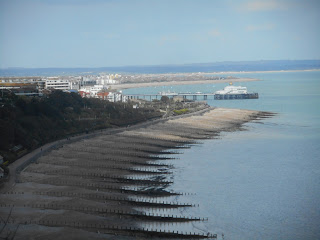 There is also the scenic Beachy Head Lighthouse, of which I took many photos. Too many! 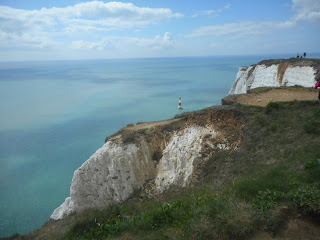 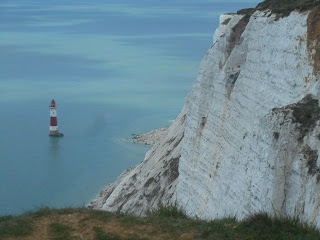 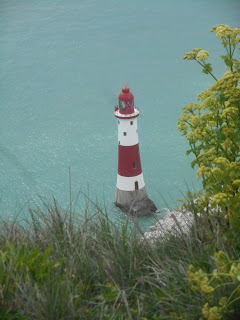 From Beachy Head, the South Downs Way winds along the cliffs known as the Seven Sisters. Along the way you can see the first lighthouse built here in the early 19th century, Belle Tout Light. It was not a great success due to fog often enveloping the cliff tops. The Beachy Head Light replaced it in 1902. Bell Tout is now a private guesthouse. In 1999, it was moved back 56 feet after a large section of cliff fell into the sea. 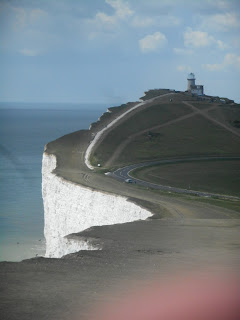 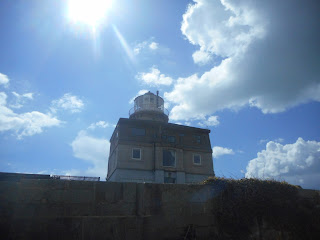 If you cannot walk all this way (several miles in one direction and sometimes steep), you can take an Eastbourne tour bus that starts at the Pier and winds along the cliffs and the Downs before circling back to town. The tour takes about 45 minutes if you don’t get off anywhere. It is a hop-on hop-off tour, so you can get off, walk about, and then get on the next bus, which comes along every 30 minutes. If you are a bit peckish or in need of liquid refreshment, two attractive pubs and a café are located at bus stops. We had lunch at the charming Tiger Inn in the village of East Dean.

We enjoyed our trip to Eastbourne and are planning to return soon, hopefully when the weather will be a bit warmer!

Posted by peter mccandless at 11:35