Naming and Shaming: Nicknames for Police, From Peelers to Pigs

Police have been in the news much of late, mostly for negative reasons: racism, corruption, and brutality to name three. In other words, they are much like the rest of humanity, armed with truncheons, tasers, tear gas, and guns.

Of all the professions on earth, perhaps none has generated more nicknames than the police. Prostitutes and lawyers are probably close behind. I make no claim for scientific accuracy in this post. The origins of these police nicknames is often obscure at best.

Some police nicknames are, however, closely connected with their history. In the UK, for example, two of them came from the name of the man who established the London Metropolitan Police in 1829, Home Secretary Sir Robert Peel. [Image: Peel] 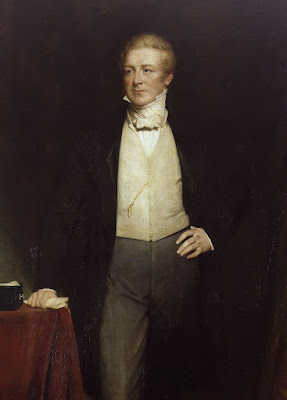 The nickname "Bobbies" comes from Peel's first name. Anyone the least familiar with British culture is likely to know that. Fewer know that at first, "Peeler" was the more common name. "Peeler" eventually went out of fashion, but "Bobby" is still in common use. 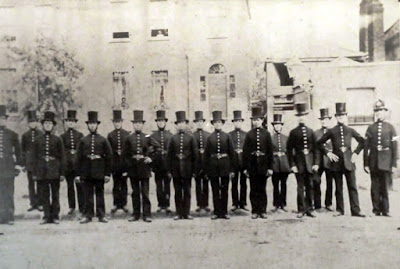 Most nicknames for police come from street or criminal slang. "Bobby" and "Peeler" sound pretty neutral or even positive now, but probably were not at first. Many people viewed the creation of the Metropolitan Police with suspicion, as a threat to individual freedom.

The term "police" conjured up images of Continental despotism -- the France of Louis XIV and Napoleon or Tsarist Russia. Police were looked on as little better than government spies and enforcers propping up the ruling elite.

A more common and international nickname for police is "cop" or "copper." According to the Oxford English Dictionary these words have an old pedigree, going back to at least the early 18th century, 1704. They derived from the French caper, meaning "to capture."

Because England had no professional police at that time, the term may have referred to a "thief taker." These were essentially like the later bounty hunters who captured criminals for rewards.

So says the OED. Other explanations of "cop" and "copper" exist. One was that "copper" came from the copper buttons on the uniforms of Peel's new police force. Another, familiar to me since childhood, was that "cop" was an acronym for "Constable on Patrol."

Since medieval times towns and parishes were required to appoint constables responsible for enforcing the law and catching criminals. But these constables were elected, ordinary citizens who had no training and often tried to get out of doing an unpleasant and often time consuming job. Better to leave it to the thief takers, who were themselves often criminals.

The most famous thief taker of the early 18th century was Jonathan Wild, who styled himself as "Thief Taker General." He turned some of his own gang members in for rewards and eventually got his own, being hanged at Tyburn in 1725. [Image: Wild] 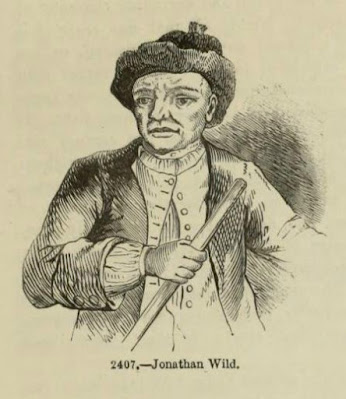 Wild provided the inspiration for Peachum in John Gay's Beggar's Opera (1728) and later the subject of a Henry Fielding novel (1743).

Whatever the true origins of "cop" and "copper," the names have proved enduring. Other nicknames for police are more recent, including "fuzz" and "pigs."

"The Fuzz," which has been used much since the 1960s, is of unknown origin. One view is that it is a corruption of "the force. "  Another is that it is a reference to static on police radios or the short haircuts of police. The name was famously used in the 2007 comedy, "Hot Fuzz."

"Pigs" first came into use in the 19th century. It declined in usage afterwards, but became common again in the 1960s and 1970s. In the latter period, "pigs" was widely employed by people in the counter culture and anti-Vietnam War protestors. It remains widely used in the English-speaking world and beyond.

In 1971, "pig" became the focus of a short-lived controversy in an English town (I forget which). A new police station was being built on a street called Pig Lane. The local police wanted to change the name. Local residents protested, arguing that it had been Pig Lane since the 18th century. I don't recall who won. I suspect the residents. Tradition and ALL THAT.

Posted by peter mccandless at 16:50