In the last two American presidential elections, a near majority of voters voted for MAGA MAN, who promised to Make America Great Again. A cynic might ask, when exactly was it great and in what sense? 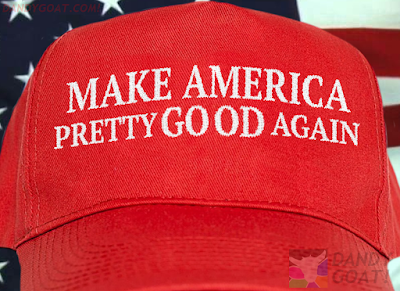 Being "great" in the traditional geopolitical sense is not great in the more common sense of "isn't this book/film/medical discovery great?" Or, "isn't this a great advance for humanity/the world?" Being great in the geopolitical sense simply means "powerful." It does not imply any moral or cultural greatness or any sense of what great power will be used for. Like freedom, greatness is subjective.

The US has possessed immense global power for decades but has wasted much of it on ill-advised foreign interventions. It has not won a war since 1945, unless you count the invasion of Grenada in President Reagan's day.

The immense "power greatness" of the US was largely a result of the World Wars, especially WWII. After the Second World War, the European "Great Powers" and Japan were reduced to pawns in the Superpower Game in which the major players were reduced to two: The US and the USSR. The US had the strongest, most productive economy in the world thanks to rapid industrialization, immense resources, and the economic prostration of Europe and Japan.

The "Cold War" ensued. The Soviet Union tried to compete with the US for several decades, but in the end it failed. It had also suffered enormously from WWII, with many cities and industries demolished and 25 million dead. It's claim to power was its army, the largest in the world. The Soviets also led the Space Race for a while but the US got to the moon first. With that and ten bucks you can buy yourself a coffee.

In 1979, the Soviets invaded Afghanistan. In 1990, they suddenly left, mission unaccomplished, country bankrupt. They were defeated by scruffy insurgents armed and funded by the US, many of whom later became Taliban. The collapse of the USSR soon followed the Afghan withdrawal. That should have been a lesson for the US, along with all the other failed foreign interventions in Afghanistan.

The collapse of the USSR in 1990 left the US at the top of the "greasy pole": the only Superpower. The US, as mindless minions proclaimed at every chance, was "Number 1".

Those days are over. And it was inevitable. All empires lose supremacy in time and the American Imperium is no exception. The meteoric rise of China, the revival of Putin's Russia, the fanatic movements of perverted Islamism, all present overwhelming challenges to the US's self-appointed role as world policeman.

In a similar way, the "greatness" of the British Empire was the result a particularly favorable moment in history. The defeat of Napoleonic France, combined with its immense lead in industrialization, and the largest navy and merchant marine in the world, left the UK unrivaled in the world -- for a few decades. Britannia, briefly, did rule the waves.

British politicians continued to look on France as the enemy to watch, and discovered a new danger in expansionist Imperial Russia. Fears that Russia had intentions of taking India away led to what has been called the Great Game, with the UK and Tsarist Russia competing to control Central Asia, especially Afghanistan. That led the British to invade Afghanistan on several occasions with little to show for it. The most disastrous incursion was in 1839-42. That led to the virtual annihilation of the British (and Indian) invading forces. (Image: William B. Wollen, "The Last Stand of the Survivors of Her Majesty's 44th Foot at Gandamak") 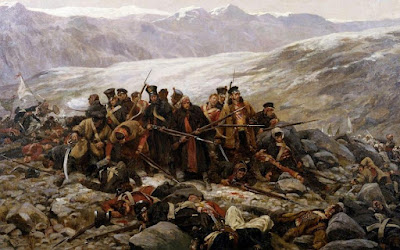 Meanwhile, British leaders overlooked the greatest danger to their supremacy. In the late 19th century, Germany unified and became a top industrial power. By 1900, Germany and the US were outproducing Britain economically.

A shrewd observer could have seen that the UK was greatly weakened by WWI, even though its empire had then reached its zenith. WWII weakened it much more, largely bankrupting the country. The empire shrank quickly with the loss of the Indian subcontinent in 1947, and most other colonies by the 1960s.

Some British politicians and people continue to wallow in the mud of imperial nostalgia, although they can do it only by hanging on to American coattails. Those coattails may soon no longer be there.

The US has spent untold trillions on "defense" (read: imperial adventures) in recent decades, but politicians insist that it can't afford a decent health care system or properly fund education. It can't even control the domestic bandits its absurd gun laws have enabled. I, for one, would not miss that sort of "greatness." 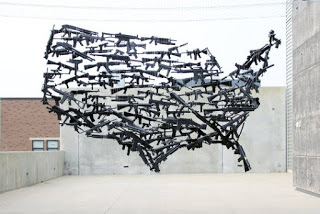 Posted by peter mccandless at 12:04